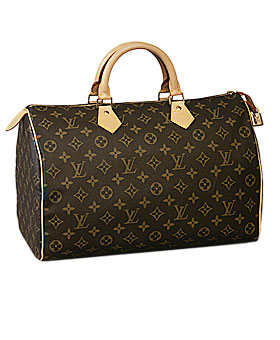 A RETROSPECTIVE exhibition of 11 limited edition Speedy bags is being held at the Louis Vuitton KLCC boutique until Nov 2.

The Speedy, instantly recognisable as a Louis Vuitton icon, was created in 1930. The Speedy was originally designed in natural cowhide and later in sturdy brown canvas.

It was not until 1959 that it was launched in Monogram canvas. It was intended as a hand-luggage and its ability to be folded flat in a suitcase made it a versatile travelling companion.