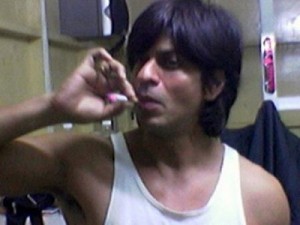 Bollywood superstar Shah Rukh Khan was detained for two hours for questioning at a U.S. airport before being released by immigration authorities. he was detained because his name came up on a computer alert list at Newark Liberty International Airport in New Jersey.

“I told them I am a movie star,” Khan was quoted as saying.

U.S. bureau of Customs and Border Protection spokesman Elmer Camacho said Khan was questioned as part of the agency’s routine process to screen foreign travelers. He said the process took 66 minutes and Kahn was not detained.